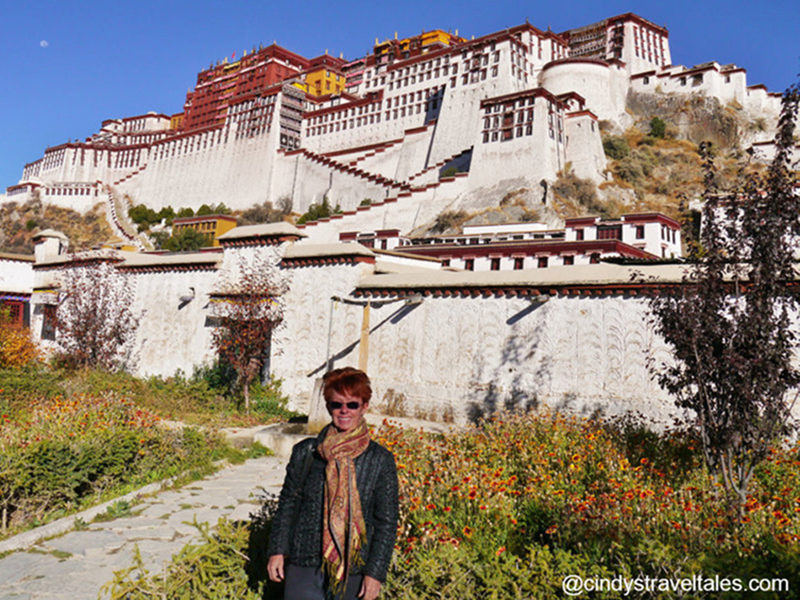 Who could have guessed that my trip to far-flung Tibet in 2011 would have such an unforgettable impact and serve as a catalyst for me to eventually meet His Holiness the Dalai Lama (HHDL)?

It all started by planning an ambitious two-week odyssey from Lhasa to Everest Base Camp. I found the many stories about the exotic Roof of the World so enthralling, I decided to experience firsthand this extensive and barren Himalayan plateau – renowned for its remarkable, nomadic history and time-honoured, mysterious, and holy traditions.

Throughout the tour, I was captivated with how those ethnic customs were still deeply embedded in everyday life, enlivening this distinctive culture. For example, Jokhang Temple, the holiest centre in Tibet, was teeming with monastics – head-shaved, with flowing crimson and saffron robes – who were reverently murmuring mantras, lighting countless butter lamps, conducting deistic ceremonies, and caretaking this classic sanctuary. At the same time, throngs of devout pilgrims constantly streamed into this Buddhist mecca – prostrating tirelessly in an otherworldly practice to purify their karma and venerate HHDL, their spiritual leader.

Smouldering sage and juniper consecrated the temple entrance. Inside, worshippers crammed together to catch a glimpse of the radiant statues and paintings dedicated to Buddha and a menagerie of bodhisattvas and deities that lined the windowless labyrinth of chapels. I was overwhelmed by the cloying aroma of ubiquitous, flickering yak-butter candles, thick clouds of incense, and the din of chanting and rattling prayer wheels.

The atmosphere was similarly pious at the cardinal landmark, the Potala – the winter home of 10 reincarnated Dalai Lamas, with golden stupas entombing eight of them. Masses of colourfully ornamented devotees solemnly circumambulated the palace, reciting prayers with their malas to build merit and guard against misfortune. Likewise, Tibetans universally revere Norbulingka, the traditional summer lodging of the Dalai Lamas – from where the current one fled into exile in 1959.

I was so curious, ‘Why do Tibetans irrefutably adore the Dalai Lama?’

To get to the bottom of this, Tashi, my guide, provided precious, personal insights into the psyche of the Tibetan people and how HHDL is their guru and connection to their Buddhist faith and values. He also shared details about the complicated, and often downright fraught, relationship with China that has plagued Tibet for ages. He unveiled innumerable sacred shrines, historic monasteries, and ancient landmarks which had been desecrated by the Chinese since the 1950s – in a powerful bid to annihilate Tibet’s extraordinary civilisation, lifestyle and social identity. Contrary to any of my past venturesome excursions, I eyewitnessed an aggressive military occupation, in which armed police stopped us relentlessly to check our travel permits and heavily patrolled most public places to deter rogue behaviour and protests.

It is well-documented that HHDL won the Nobel Peace Prize in 1989 for introducing his Middle Way approach – wherein, Tibet will not vie for independence if its people are given cultural and religious autonomy. Yet, China has continued to assert that he is an enemy, justifying some of the harshest restrictions anywhere on civil liberties. For instance, the government prohibits Tibetans from outwardly worshipping the Dalai Lama – including possessing or displaying any images of him. Additionally, the Chinese officials autocratically limit Tibetans travelling internationally and have banned HHDL’s return, causing profound despair. Consequently, in 2009, monks and locals alike commenced setting themselves on fire – choosing suicide over living under the Chinese regime, with its punishing ethnic, social, economic, and political reforms.

The circumstances could not be further from HHDL’s proposed Middle Way and proved to be my tipping point: I wanted to meet the Dalai Lama.

I wondered, ‘Who is this icon who had globetrotted to some 70 countries, engaging a myriad of leaders along with ordinary citizens?’ I was fascinated with his multifaceted mission – advocating the welfare of Tibetans, teaching Buddha’s principles, as well as discussing global environmental issues and promoting the virtues of non-violence, tolerance, compassion, universal responsibility, cognitive neurology, quantum physics, psychology, and interfaith harmony.

Stay tuned to read about my subsequent encounters with HHDL and find out how I was ultimately invited to his residence.